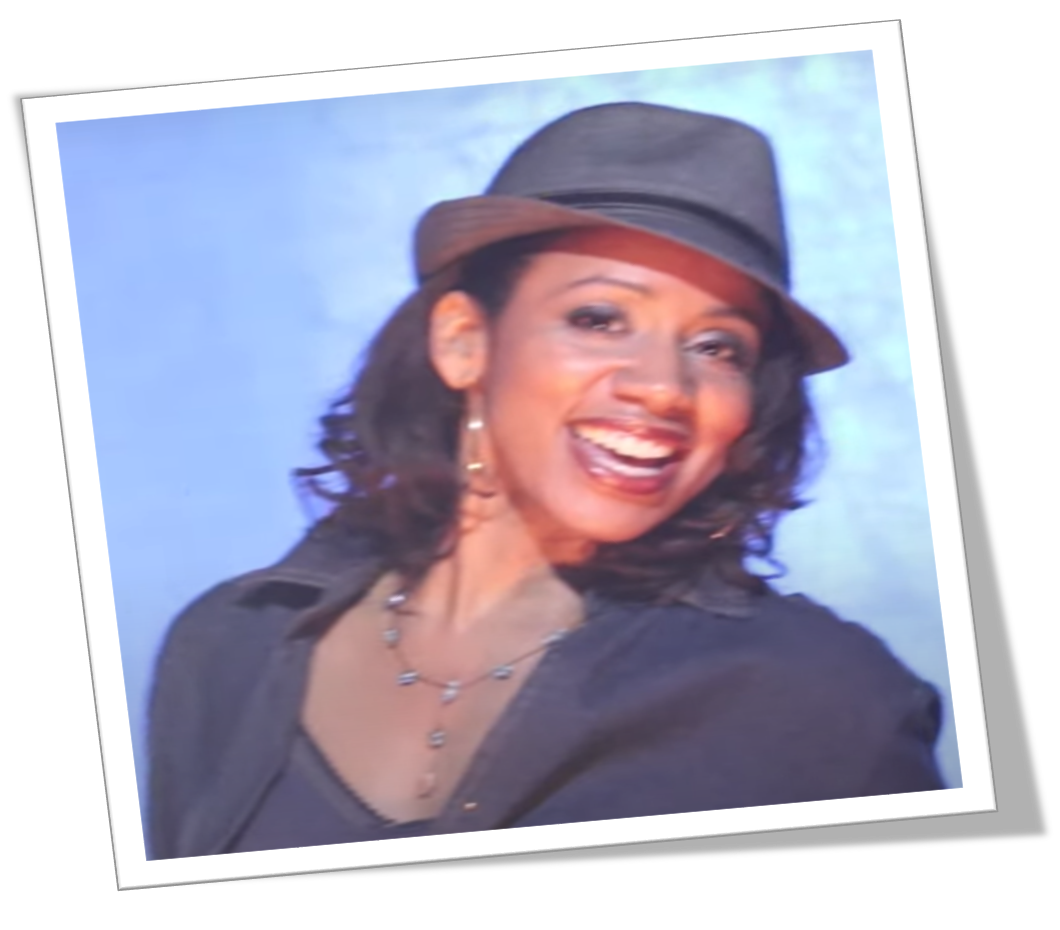 "INDYGO" (-aka- Kimberly Wilson...NOW WILLIAMS), was born and raised in the south suburbs of Chicago. Though she participated in elementary school assemblies singing with the age-appropriate choirs, she began to blossom as a "singer" when she reached junior high. There, she performed her first solo in front of a live audience during a talent show singing the theme song to Mahogany entitled Do You Know.

Kimberly was also part of the marching band in junior high where she played the clarinet. As her love for music increased, so did her musical discipline. She recalls being the last chair clarinetist (in the third row) but challenged her way to second chair (first row) where she was content!  Her hard work and effort paid off at band competitions; receiving several first place medals in her competing division.

It was also during junior high school that Kimberly discovered another realm of possibilities through her participation in show choirs such as Rainbows, Faces and the world renowned Crete-Monee Cavaliers under the direction of Mr. Stirling Culp. Participating in Faces and Cavaliers opened up many wonderful doors of opportunities including, but not limited to, performances on a Carnival Cruise Ship and a trip to Paris, France (including London, Holland, Brussels and Belgium). Not only did Kimberly participate in the music programs, she was also part of the varsity and junior varsity basketball (forward, point guard, center) and volleyball teams, as well as the track team (relays, shotput, discuss, long jump, hurdles).

She went on to Western Illinois University (WIU), earning her Master of Arts Degree in Public Communications and Broadcasting (1993) with an emphasis on television production and a Bachelor of Arts Degree in Music (1990) with an emphasis on vocal performance. In her freshman year Kimberly, at the suggestion of Dr. Michael Campbell, auditioned for and was cast in the hugely successful Fats Waller play entitled, Ain't Misbehavin' under the direction of Egla Hassan.

As an undergraduate at WIU, her vocal teacher was Marietta Dean, whom she credits for her classical training and who has, undoubtedly, played a significant role in her deep appreciation for a variety of musical genres; singing in Spanish, Latin, Italian, German and French (though not as often these days). Throughout her college tenure Kimberly participated in the university chorus, Heritage Ensemble, show choirs, talent shows, performed with a jazz combo and, subsequently, performed and toured with Western Illinois University's Jazz Studio Orchestra (JSO) under the direction of the late, Dale Hopper.

She was a featured artist, along with John Fedchock and John Murphy, on JSO's album entitled The Third Degree (recorded in Nashville; Sea Breeze label) which received 4 stars in Downbeat Magazine in October, 1995. Then in 1997 she was featured on her sophomore album with JSO entitled Live In Europe while on a 20-day tour. The group delighted audiences across Germany and Spain while recording live performances in Metzingen, Wernau, Stuttgart, Mannheim and Rottenberg.

While a member of Visions: A Choral Ministry of Chicago, Kimberly had opportunities to participate in Chicago's Gospel Fest, Parenting Institute Awards Program, The Jay Leno Show, Singsation, House of Blues, Going Home To Gospel with Patti LaBelle (WTTW), The Colors of Christmas and other events and programs in and around the Chicagoland area, as well as the opportunity to participate in the Umbria Jazz Festival in Italy.

Formerly with Karen Peake Casting, Kimberly worked as an extra on Early Edition and snagged a silent bit role on Cupid (opposite Jeffrey Sams; Character: Jackie Goodly).  She has done radio and television jingles for McDonald's, Wrigley's, BP Amoco, Busch Gardens, Zest, Molly McButter, the Tom Joyner Morning Show and Oprah's "Get with the Program"-- she was also one of the finalists in the Walter E. Smithe jingle contest.

She has worked with a number of recording artists and producers and continues to develop the gifts that make room for her.